"The information and guidance in Dr. Lukoff's courses will soon be, if not already, mandatory for all health care professionals who choose to remain current and literate in their fields." 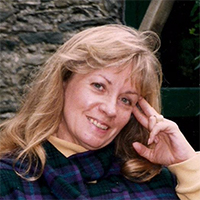 "An excellent job of guiding people through 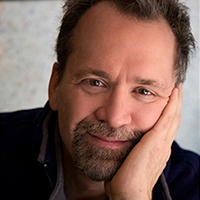 "I am so excited to know that I am not the only one seeing the importance of this concept and how it would help to broaden the area of wellness and emphasis on the mind, body, and spirit/psyche/soul."

"This course has helped me to see the progression of the relationship between spiritual and religion. The section on the history of religion and spirituality was fascinating."

"The information presented here will help me demonstrate to my interdisciplinary colleagues that spirituality is foundational to human care...or rather is the foundation of human/holistic care."

"Learning about the SSOPP model will help me to further develop my assessment skills. It has helped me to organize my own thinking around how to administer tan assessment during both specific chaplaincy referrals and general hospitality visits.  Being better able to listen for R/S problems will help me to determine interventions depending on length of admission."

"The topic of R/S problems give me better insight on the issues our mental health patients may be facing whether they express them or not.  Thank you for this course...it really was 'right on time' considering how I am growing in both my consciousness and in my vocation." 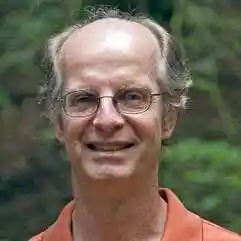 Gary Buck, PhD is a graduate of Meridian University’s Doctor of Psychology program and also holds a bachelor’s degree in Religion from Princeton University. He is a licensed psychologist and has participated in trainings led by Zindel Segal, PhD in Mindfulness-Based Cognitive Therapy, by Richard Miller, PhD in Yoga Nidra/Integrative Restoration, and completed an internship with Saki Santorelli in Mindfulness-Based Stress Reduction at the U. of Massachusetts Medical School. A Buddhist meditator of nearly 50 years, he currently practices in the Vajrayana tradition where his main interests are Mahamudra and Dzogchen. He is a former Buddhist monk in the Thai Theravadan tradition. Gary is a former Managing Director and Board member of the Insight Meditation Society in Massachusetts and a former Associate Director of Spirit Rock Meditation Center in Marin County. He is currently a psychotherapist in private practice in San Rafael and Petaluma, CA, where he sees child and adult clients.

I first began my own practice of mindfulness in the Buddhist tradition in the mid-1970s and have had a regular daily practice of mindfulness and other Buddhist meditation practices ever since. I have personally found it to be especially useful to participate periodically in intensive Buddhist mindfulness retreats. I first studied secular applications of mindfulness when I was trained in Mindfulness-Based Stress Reduction (MBSR) in 1995 at Jon Kabat-Zinn’s program at the University of Massachusetts Medical School in Worcester, MA. Then in 1999, I began my graduate studies of Psychology leading to my doctorate and licensure as a psychologist. Since then, I have been trained additionally in Mindfulness-Based Cognitive Therapy (MBCT), Integrative Restoration (iRest/Yoga Nidra), and Acceptance and Commitment Therapy (ACT). I have also been trained by Mindful Schools in Oakland, CA, in their curriculum for teaching mindfulness to elementary school children. I have taught that curriculum in several elementary schools and have adapted it to my clinical work with children, as well. Lastly, I am authorized to as a Buddhist teacher of mindfulness in the lineages of Jack Kornfield, PhD.

I teach specific ways of using mindfulness to work with emotions. These might include exercises from the MBSR tradition like S.T.O.P. or R.A.I.N., which was popularized by Tara Brach, PhD. For clients for whom it is appropriate, I also introduce Integrative Restoration (iRest/Yoga Nidra) practices. Later in my work with clients I often find it useful to teach them complementary practices such as lovingkindness or mindfulness-based self-compassion. 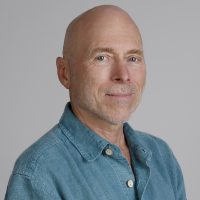 chologist and co-author of the DSM IV and DSM 5 diagnostic category Religious or Spiritual Problem which increased awareness of  spiritual issues in clinical practice. He has published over 80 articles on spirituality and mental health, and is an active workshop presenter internationally on spiritual competency, grief, death, recovery, and spiritual crises. He is a Professor Emeritus of Psychology at the Institute of Transpersonal Psychology in Palo Alto, CA and previously served on the faculties of Harvard and UCLA. He is co-founder of the Spiritual Competency Academy which offers training programs on mindfulness, forgiveness and spiritual assessment.

I first used meditation in my clinical work in the late 1970s in a multimodal holistic health program for patients diagnosed with schizophrenia at a state psychiatric hospital. I used a secular version of TM mantra meditation that was developed by Herbert Benson which allows people to choose their own mantra term. Acknowledging that it is important to have personal experience with a practice prior to utilizing it with patients, I did maintain a daily mantra meditation practice during the 2 years I was leading these groups.

Then 6 years later as a psychologist at the San Francisco VA Medical Center, I continued to lead meditation groups with patients who had substance abuse problems, PTSD, HIV, and life-threatening illnesses, and often used pre-recorded guided practices. I have also used moving mindfulness practices such as qigong and tai chi in my clinical work with veterans. In addition, with patients in my private practice, in workshops with mental health professionals, and with graduate psychology students in my courses, I have also made use of many Youtube videos of mindfulness practices. 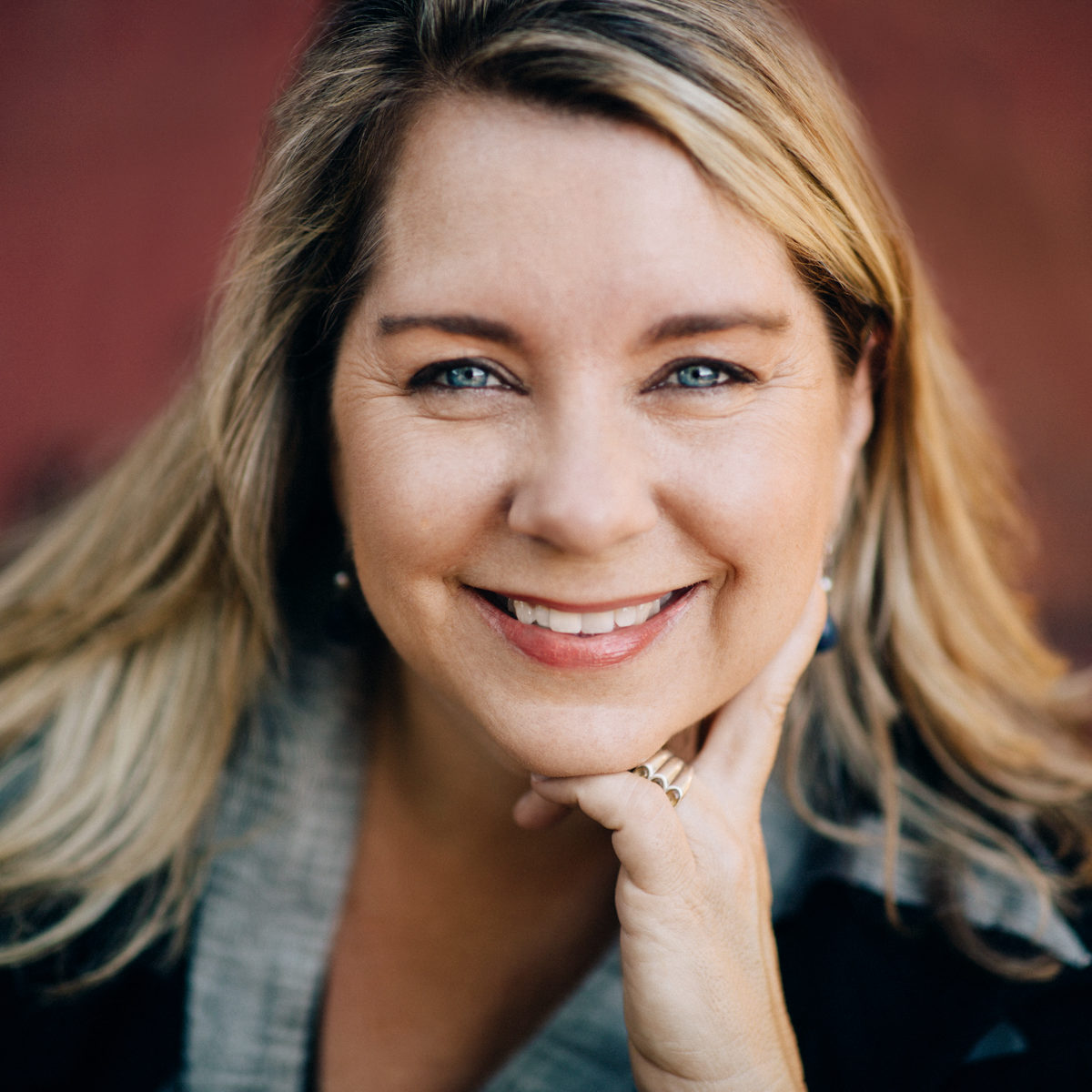 , PhD is a licensed clinical psychologist, mind-body medicine researcher, author, consultant, and public speaker. She is Executive Director of the John W. Brick Foundation, Associate Research Scientist at the Arthur C. Clarke Center for Human Imagination at the University of California, San Diego, and a Senior Fellow at the Institute of Noetic Sciences, where she served as President from 2013-2019. Her research has focused on spirituality and health, transformative experiences and practices, the development of mindfulness-based interventions for emotional well-being, and development of media technologies to inspire awe. She received her Ph.D. in clinical psychology at the California Institute of Integral Studies, and completed her research training in behavioral genetics at UC San Francisco. She has authored three books, published numerous articles in scientific journals, and is an internationally recognized keynote speaker and workshop leader.

Dr. Vieten has developed and tested the effectiveness of mindfulness-based interventions, having been the author of and lead trainer for mindfulness interventions for alcohol and nicotine dependence relapse prevention, mood and behavioral disorders, and pregnancy and post-partum. Results have been published in multiple academic articles, as well as the book Mindful Motherhood. She also teaches mindfulness for well-being in online and in-person courses, includes mindfulness practices in her workshops, and integrates mindfulness into her clinical work as a psychotherapist.

"I found that the course was engaging as it used different ways of teaching...videos...reading...quizzes. You delivered important information essentially without dragging out with details."

"I wanted to let you know that I found your course to be extremely valuable. There was a lot of stuff there that I did not know about."

"A good presentation, great selection of material and organization. This was a much more valuable use of my time than virtually all of the CEU courses I have to sit through."

"I was astounded on learning how much information and interaction was possible on the Internet. Thanks."

"This was a GREAT course. It has helped me to be a more informed clinician."

"Thank you for putting together a great online course. I would be very interested in receiving notice of your future courses."

"I want to take a minute and just let you know how wonderful this course was.  I've already put a number of the resources to good use in my private practice."

"This is one of the most valuable continuing ed courses I have taken. Practical, relevant and imminently usable. thanks."

"Your website is both well constructed and pleasing to the eye. Your links are extremely well organized and cover a wide variety of resources. All in all, I was quite impressed. Bravo!"

"Thanks for providing the basis for this positive experience. If you would like to use my name in endorsing your materials, I’d be happy to lend my support."

“Good presentation, great selection of material and organization. This was a much more valuable use of my time than virtually all of the CEU courses I have to sit through.”

“This was a GREAT course. It has helped me to be a more informed clinician.”

“This is one of the most valuable continuing ed courses I have taken. Practical, relevant and imminently usable. Thanks.”

One study found that 65% of psychotherapy clients had used at least one form of complementary or alternative therapy the past year, and mindfulness was the most often used (44%). The researchers concluded, “persons seeking psychotherapy for anxiety or depression may be more likely than the general population to use a complementary or alternative therapy.” So even if you are not offering mindfulness as a treatment option, many clients are likely to be independently utilizing mindfulness practices, and would like to discuss them with you. You can view the abstract of the article by clicking here. 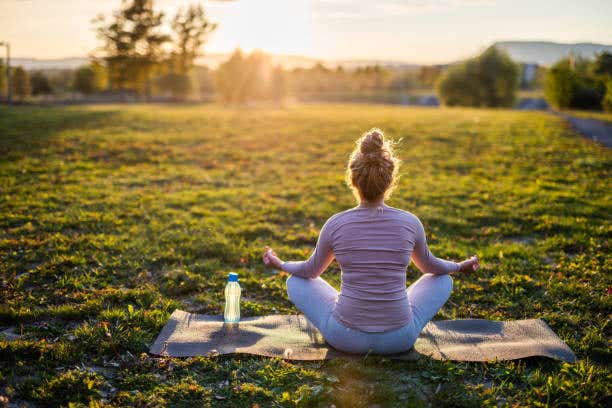